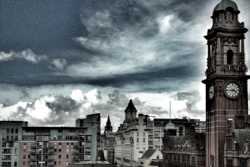 On Monday 22nd May, the UK experienced a horrific act of violence in Manchester.  A devastating suicide bomb attack took place at an Ariana Grande concert at Manchester Arena, leaving 22 dead and 59 injured. In an official statement, Greater Manchester Police said: “we continue to do all we can to support [the victims and families]. They are being treated at eight hospitals across Greater Manchester.”

At this time, all UK General Election campaigning has been suspended.

The community response to this incident was one of true unity and compassion. Tremendous support was not only received from the police, the NHS and other emergency services, but also from the people of Manchester and neighbouring cities, who offered rooms and free transport for those affected by the suspected terrorist attack. Many reached out through the means of social media,  using the hashtag #RoomForManchester, after the closure of roads and suspension of rail services. We believe that this showcases the true comradeship of our nation in desperate times such as these.

Although ESN UK does not currently have an ESN section in Manchester, we have received reports from neighbouring ESN Liverpool and ESN UCLan, that suggest no Erasmus students or ESN volunteers were involved in this incident. At this moment in time, we are still awaiting further information from Manchester’s universities regarding their international students. As the Greater Manchester Police provides further information over the next few days, we encourage any of our Erasmus or ESN students who feel affected to seek support from their local sections or universities. If you would like to speak to a member of ESN UK, please feel free to contact us at info@esnuk.org.

We extend our heartfelt condolences to the families of those who have been affected by this tragedy. To our Erasmus and international students, we want to extend the same message that we did following the attack in Westminster in March: we hope that you will continue to feel safe here; to call our home your home, and we will remain united in fighting against despicable acts such as this that affect our vibrant and multicultural cities.

For those seeking further information in relation to this incident, please see the Greater Manchester Police website.