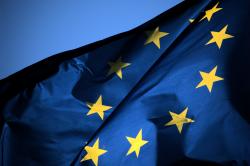 Nowadays, Europe as well as the European Union are regarded as topics which everyone talks and is supposed to know about. Nevertheless, we do tend to take them for granted. During the last year the Sussex European Institute organised a series of events so as to promote the European values, rights and duties we so often forget about. Sponsored by the European Commission Representation in the UK, the events included talks, open discussions and essays on various European topics and were destined to raise awareness among the wide public.

On the 4th of September 2014, Andreas Mathikolonis, ESN UK President, and Madalina Cretu, ESN UK Publications Specialist, attended the last conference held by SEI in collaboration with New Europeans, which focused on 'Citizenship and the Future of Europe'. The idea of feeling European above feeling nationalistic is the embodiment of the EU core values: ‘respect for human dignity, freedom, democracy, equality, the rule of law and respect for human rights, including the rights of persons belonging to minorities’ (Article 2, Treaty on European Union). However, not everyone is ready to embrace the European melting pot we are all part of and see it as a blessing.

Beginning with Churchill’s three circles and ending with the latest European elections, the United Kingdom has shown its particular status within the EU more than once. Nevertheless, the British people, just like any other citizens of another EU Member State, do take advantage of the free movement of persons within Europe. According to the New Europeans association’s website, there are over 1.6 million British citizens living abroad, in another EU country.

Professor Susan Millns from the University of Sussex explained the concept of European citizenship as a combination of the following key principles: ‘aspiration, participation, status, rights, duties, and identity, allegiance and loyalty’. In other words, any European citizen aspires to the advantages brought by their status, is motivated by their rights to take part into shaping the Union’s future, has to fulfil their duties just as any other citizen of a country and tries to forge an enriched identity for themselves, while showing their loyalty to the European countries as a whole. In 1993, the Treaty of Maastricht officially formalised the concept of European citizenship, encouraging people integrated in other societies than the one of their countries of origin to claim their rights.

Going back to the United Kingdom’s stance on citizenship and immigration, one can easily come across the provisions of the brand new 2014 Immigration Act. Mr Erik Longo from the University of Macerata explained the present changes taking place in the British immigration policy, which tend to put more weight and more responsibility on civilians than on authorities. One of the most striking changes introduced by this new bill is transferring some of the law enforcing power to landlords, who will be soon regarded as fully responsible for controlling their tenants’ documents and for making sure their residency in the UK is legal before renting their houses to them. Although such a piece of legislation may sometimes be useful, it can also encourage homophobic attitudes, which go against the EU principle of non-discrimination.

Furthermore, the concepts of integration and non-discrimination in the EU are not to be applied only for the Member States’ citizens. Minorities present in Europe, such as Muslims, should be regarded with the same welcoming attitude. At last week’s conference, Professor Paul Statham compared the way Britain, France Germany and the Netherlands deal with this aspect of the present world’s immigration tendencies. It appears that although efforts have been made, the minorities still feel discriminated. Moreover, giving those people even more rights does not solve the core problem in the end, which has more to do with homophobia and people’s lack of tolerance than with new rights written on a piece of paper.

If you now find yourself wondering why the ESN UK tries to tackle such complex notions and legislation instead of talking more about being Erasmus, let me enlighten you! The reality is that the ESN is all about Europe and the EU. It is about non-discrimination, free movement, unity in diversity and diversity in unity. And since us, the young generation, can change the world and fight for a better place to live in, why not start now? The main conclusion of the conference was that the EU brings us, the Europeans, together, closer and leaves us more united. As young European citizens, we probably could not imagine the world without the EU, without the free movement of persons in Europe and without the values we all stand for. The best way to fight against discrimination and euro-scepticism is by proving people how much Europe has to offer. Erasmus is an opportunity for young people to travel and see the world, thus spreading around them the perks of diversity and integration. If you count yourself among the ones who have benefited from such a thought-provoking experience, why not do the same for someone else and help them open their eyes and hearts towards Europe? After all, you know how they say: ‘United we stand, Divided we fall’.