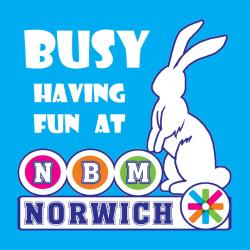 On the 3th, 4th and 5th of October 2014, ESN UEA (University of East Anglia, Norwich) hosted this year’s National Board Meeting (NBM) in Norwich: it was the biggest NBM yet, with over 60 participants representing around 27 countries across Europe. The NBM was chaired by Marie Schneider, the new NB Coordinator, and Vice-President Dominique Montagnese. The event was an amazing opportunity for everyone to come together and share ideas, with highlights including the Euro-dinner, where we celebrated ESN’s 25th anniversary. A group of very diverse people were able to inspire each other and lifelong friends were made thanks to the weekend’s activities.

The NBM planning included plenaries, useful presentations and small group workshops, thus allowing the National Board representatives from each country to share their opinions and ideas with their peers.

The first day meant discovering more about national youth councils, grant applications for the ‘Erasmus +’ programme and also a presentation called ‘Welcome Day: a Spanish example’, which talked about how each section in Spain uses the same literature and Welcome Day material, making ESN Spain easily recognisable across the country. The participants went on to learn more about how important and useful getting a trainee could prove, as well as the exact steps a sections should follow in case they wanted to embark on such a project. They were also reminded how important communication through all present media is nowadays, since there are still many people out there whom ESN should get involved in our actions and international mobility.

The second day was more focused towards small group sessions, which allowed participants more freedom to choose which workshops they wanted to take part in. This part also included a ‘Meet your Colleague’ afternoon, where everyone attending the NBM split into groups according to the position they currently hold in their National Board and were asked to discuss the issues and ideas they had encountered while occupying the positions in question. They all reached the conclusion that, in the future, National Boards should be streamlined so that every position is the same, with the exact same duties across every ESN country. Such an idea could also prove useful for sharing knowledge in general in order for all National Board Members to hold the same information. The participants were also asked to create posters, thus stimulating their creative thinking while encouraging them to have fun at the same time.

All in all, the NBM was a great success and by the end of the weekend the participants had gathered a lot of new ideas and information to take back to their home countries. As a member of the Organising Committee, I could say that putting together such an important event can be a difficult task, but the memories we shared with everyone participating in it, as well as the pride of having succeeded in meeting everyone’s expectations made us realise it was all worth it. Also, as a new committee, we really enjoyed taking part in the plenaries because these open discussions gave us the opportunity to ask a lot of questions and find out more about the running of ESN. Last, but not least I would like to thank everyone who came and we all hope you enjoyed your stay in Norwich!