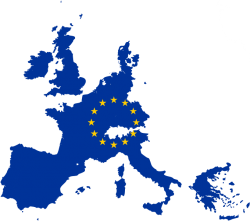 On the 30th of September 2014 I was lucky enough to be invited to attend the culmination of New Europeans “Talking Europe” project. This project had travelled through six British cities finishing with a seminar in the Welsh capital, Cardiff. It aimed to generate interest and discussion around the topic of opportunities afforded by European Citizenship and the impact this has on us all.

I took part in this event on behalf of ESN UK and had the opportunity to interact with speakers from a variety of organisations such as the Community Service Volunteers, European Voluntary Service, TUC Wales and New Europeans. The event was opened with a speech about diversity in Europe and a brief overview of the project to that point. The aspects being discusses were very interesting to compare as they were all highlightining how European Citizenship is viewed differently based on locality. Moreover, I found it very fascinating to hear about how varied opinions were in the UK, especially considering the hostile stance of the media towards the European Union.

The event went on to discuss various projects with a speaker from the European Voluntary Service outlining their work moving towards creating a framework to promote democracy amongst youth in Europe. Their plan was to train “Young EU Ambassadors” to champion the notion of European Democracy in an attempt to raise the level of active participation in the next European elections.

It was then time for me to give my presentation. I first spoke about ESN in general, the structure of the organisation working down from international level to local level. I also explained the group more about the aims and objectives of ESN and how we try to achieve those in the United Kingdom. The participants seemed greatly interested in the projects that ESN UK promotes and they were shown the Mov’in Europe video. Even though none of them had been Erasmus students they still found it poignant and moving! I also spoke about SocialErasmus and how the project aims to promote Erasmus students giving something back to their host communities. I then fielded some questions and got the impression that the group seemed very engaged with the work of ESN!

The next talk detailed a CSV project which took young people, who under normal circumstances would not have the chance to travel into Europe, and gave them a taste of what European mobility really is. We saw a video about a project whereby a group of Welsh young people were taken to a village in France to experience the different language, culture and life in general in a different European place. It was pleasing to see how positively the young people were affected by merely one excursion into Europe. The CSV work emphasised how lucky we are to have the opportunity of free movement in the EU countries...yet many take it for granted!

The seminar, and the project closed with a speech from the New Europeans, highlighting the success of the project and the need to progress and develop on the ideas presented at both the metting in Cardiff and the other events held all around the UK. There were many great projects discussed and it was a very good opportunity for ESN UK to be leading by example when it comes to promoting mobility and offering chances to those we support.